I have a very special book on my shelf. 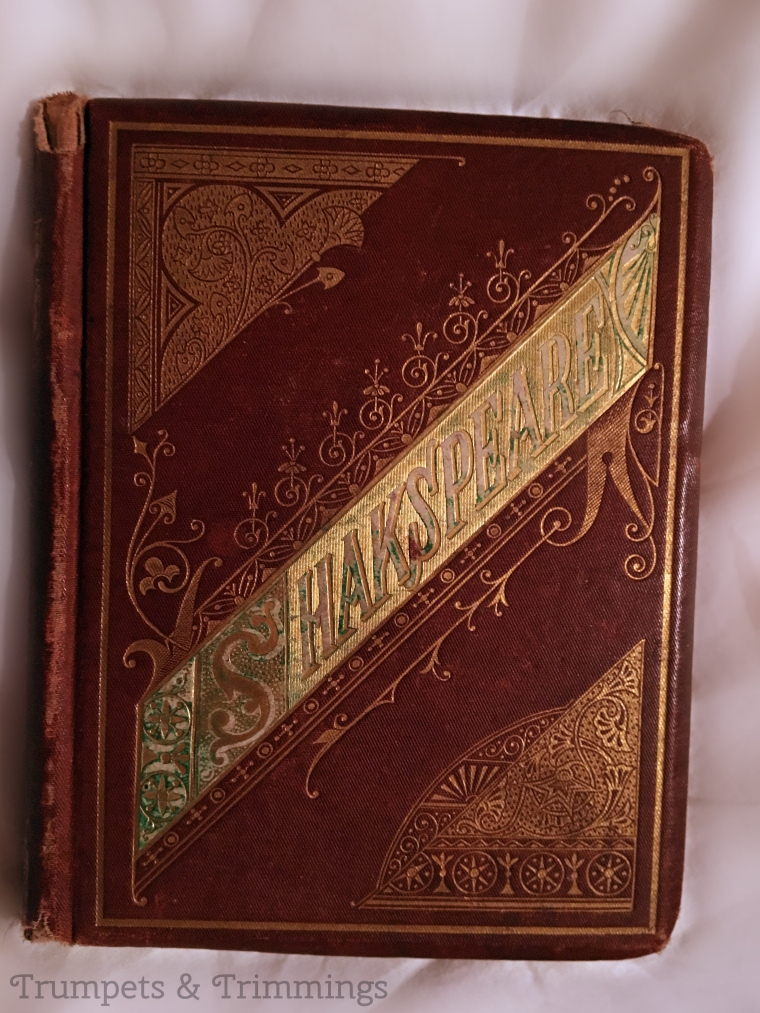 A beautifully decorated copy of “Beauties of Shakespeare” by William Dodd.

It was originally published in the 1750’s and has gone through many, many editions over the years. The one I have dates from the mid-19th century and has several special details inside.

Signatures from the students who used the book…

With some of the most beautiful handwriting I’ve ever seen!

But the sweetest thing of all comes from these two: Guy and Pearl.

They signed the book in multiple places.

And left such endearing love-notes in the back of the book that my heart melts every time I think about it.

Never forget the school days of 1881. Alas, perhaps our last.

I picked up this book at a library book sale for 50 cents and, over the years, have dug as deep into the census records as I can to try to find anything I can about these people.

I triangulated most of the names in the book (ten in all) to a town in Illinois called Yates City. They were all born around the early 1860’s and one of them, Lulu, moved to Washington after her second marriage so I’m guessing that’s how the book got to Seattle.

The most frustrating thing, though, is that I can find nothing about Guy or Pearl. I’ve read the census records cover to cover for that town and nada. I’ve expanded my search to go beyond the state and still nothing! I’m still holding out hope, though, that someday I’ll find some tidbit about their lives. I’m dying to know!

If you’re curious, I’ll list some information about the students under the cut:

Sister of Herman. Parents were John and Elizabeth Hensley. She was born in 1866 in Yates City, IL. She went on to marry William Lind. She is listed on the 1880 census as living in Yates City, IL. Married twice and had 5 children with her first husband and one with her second. Died in 1929 in Tacoma, WA.

Brother of Lulu. Parents were John and Elizabeth Hensley. He was born in 1863 in Yates City, IL. He went on to marry Effie/Effa Carter and they had two daughters. He is listed on the 1880 census as living in Yates City, IL. Died in 1931 in Salem, IL.

She was born in October 1862 in Illinois. to James and Ellen Clancy. Married at 25 and had four sons. She is listed on the 1880 census as living in Yates City, IL.

He was born in 1863 in Iowa to James and Susan Flanegan. He is listed on the 1880 census as living in Yates City, IL. No record of marriage. Later recorded as a border in  a house in a nearby county.

He was born about 1861 in IL. He is listed on the 1880 census as living in Yates City, IL, but not with his family. He is boarding with another family and is listed as being a minister. Later married a woman named Kitty. Died in Knoxville, IL.